Through our engagement with residents we became increasingly aware of households which were struggling with insufficient technology:

Through research we found a large housing association which was distributing notebooks for free to their residents to address some of the above issues. We explored the possibility of joining their scheme but it was too expensive so we looked further. We discovered that Fleet Lions – in neighbouring Hart – had an IT project which collected donated tech, cleaned and refurbished it then reloaded it under a Microsoft licence. Before lockdown they usually distributed three items a week. During lockdown this increased to approximately 30 per week. They had been focussed on providing tech to children who needed it for school work but readily agreed that they would accept referrals from us.

We have also introduced them to other groups/services such as Rushmoor and Hart Young Carers. They have since delivered 21 desk/laptops to Rushmoor young carers. During 2020 138 desk/laptops have been delivered to Rushmoor residents– mostly since lockdown – plus 30 printers. At a conservative cost of £200 for a second-hand unit, this equates to a value of £27,600 without the printers.

In response to this increase in demand we recruited four additional volunteers who are helping with the cleaning of data from the machines and connected them to Aldershot Cricket Club who had members we recruited as volunteers to collect and deliver the tech. We also introduced them to another local charity who have agreed to make donations to cover the cost of internet dongles for families who also need access to the internet and to buy extra components and secured a grant of £1000 to fit out their storage container to hold the additional equipment which we have assisted with by promoting their project to local groups and businesses.
“It is very difficult to ensure that disadvantaged children are not further disadvantaged by lack of technology to fully access the curriculum. This, of course, has been acutely felt during these current times when the only way children can engage is through technology supported home schooling. Your initiative is therefore most welcome.” – Denis Foster, Headteacher, Guillemont School Farnborough
We are currently exploring ways in which we can jointly expand this service to provide IT skills training and support remotely. This will be aimed at supporting people to shop on-line, to connect to their GP via e-consult and to social media or video calls to connect to others. 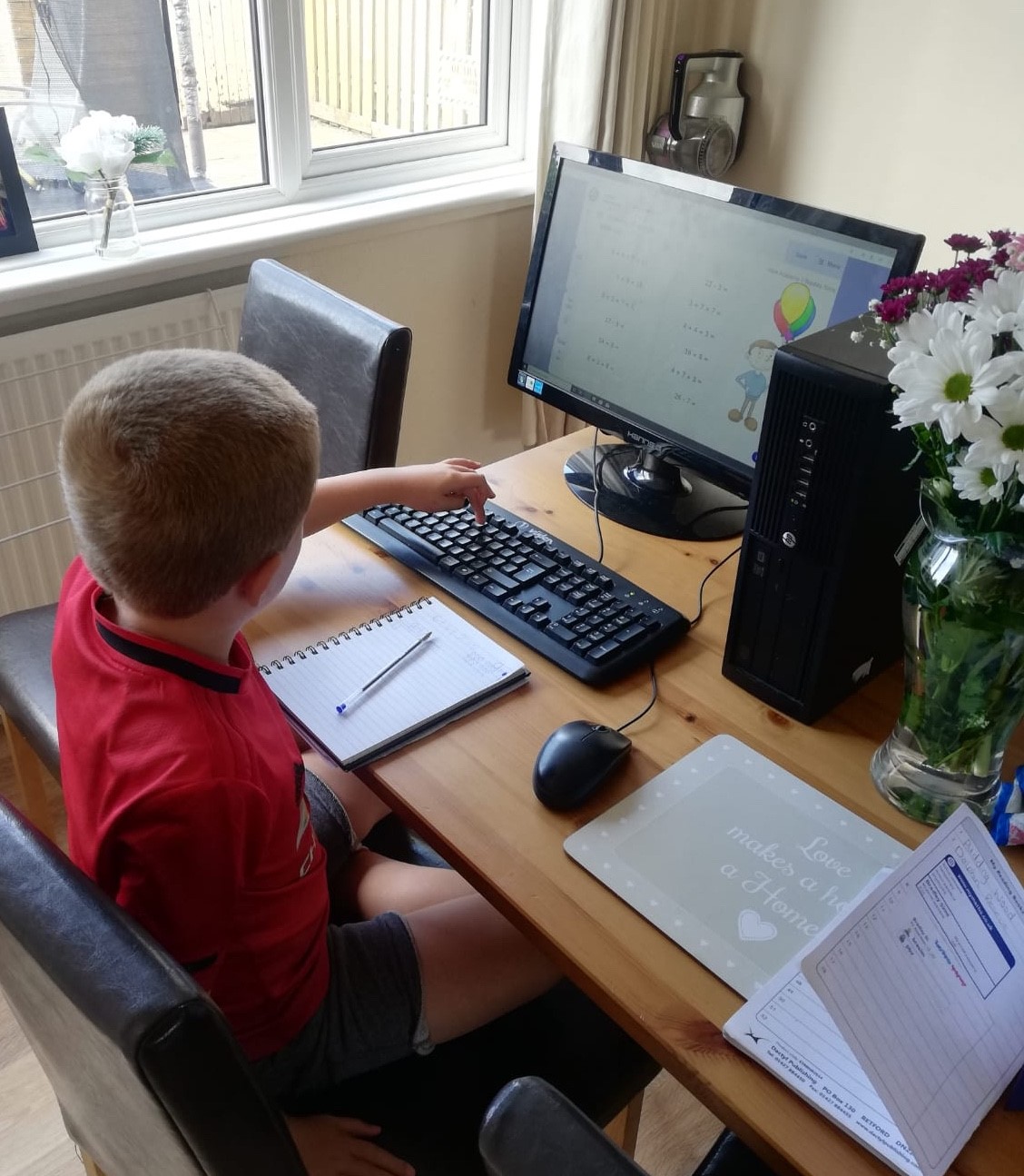